We call the message of a biblical text its theology. This is because the message is from God, and it makes demands on our lives. It includes both the primary and ancillary theological principles that God inspired a text to communicate. A text’s message/theology rep- resents the future-oriented direction of the text. In other words, its goal is to get us to conform our lives to it going forward.

Old Testament narratives differ from NT epistles in three key ways. The first is that OT narratives are a form of indirect communication. New Testament epistles are a form of direct communication. The messages of NT epistolary texts are clearer, more straightforward. They often use reason and logic to make their points. Old Testament narratives, however, seek to persuade by enrapturing us in their stories, thereby causing us to lower our defenses, so that their messages can land easily and affectively on our hearts.

The second key difference between OT narratives and NT epistles is that the complete units of thought (CUTs) of OT narratives tend to be one to two chapters in length. The size of NT epistolary CUTs tend to be one to two paragraphs. Identifying CUTs is crucial because they provide the smallest unit of textual context that must be considered when interpreting anything within their boundaries.

The third key difference is that unlike NT epistles, OT narratives do a lot of describing and not a lot of prescribing. That is, they say a lot about what happened and only a little about what should have happened or must happen in the future. Compare 2 Samuel 11:1 with Colossians 2:6–7:

It’s at this point that an important hermeneutical principle comes into play: “Unless Scripture explicitly tells us we must do something, what is only narrated or described does not function in a normative (i.e., obligatory) way—unless it can be demonstrated on other grounds that the author intended it to function in this way. ”[1] In other words, it is illegitimate—going beyond the bounds of biblical authority—to turn the individual actions or behaviors that a text describes into principles or commands to be obeyed, unless we can make a really good case for it. Ignoring this hermeneutical principle is called atomistic interpretation

You might be wondering, “How can I know when a described behavior is prescribed?” The answer is: through a careful examination of a combination of factors (1) in a CUT or (2) its book that work together to prescribe the behavior being described. For ex- ample, in terms of factors in a CUT, most of 2 Samuel 11 describes David’s murderous activities. At the end of the chapter we read, “But the thing that David had done displeased the LORD” (11:27). From this combination of factors, it is accurate to conclude that “murder is wrong, even for the king.”[2]

For preaching, this means that OT narratives contain very few legitimate application principles. What is application? Application is an actionable principle, instruction, or exemplification that derives from  the  theology  (message)  of  a  biblical  text. Application  is  not  a universally true or even biblically true idea that comes to our minds when we read or preach a text. Application is not a principle that we “see” illustrated in a text. It is a requirement of God that is pre- scribed by the passage at hand, or a way to carry out such a requirement. Gordon Fee and Douglas Stuart express it well:

Perhaps the single most useful bit of caution we can give you about reading and learning from narratives is this: Do not be a monkey-see-monkey-do reader [or preacher]of the Bible.   An Old Testament narrative usually illustrates a doctrine [or behavior]taught propositionally elsewhere Narratives record what happened—not necessarily what should have happened.  Therefore, not every narrative has an individual identifiable moral application [i.e., a specific behavior that it is advocating or warning against]. We are not always told at the end of a narrative whether what happened was good or bad. We are expected to be able to [not apply, but]judge this on the basis of what God has taught us directly and categorically elsewhere in Scripture.[3]

[1] Fee and Stuart, How to Read the Bible for All Its Worth, 124. See also Klein, Blomberg, and Hubbard, Introduction to Biblical Interpretation, 424.

[2] For discovering how (and how difficult it is) to discern exceptions through a combination of factors in a biblical book, see Wenham, Story as Torah: Reading Old Testament Narrative Ethically.

This post is adapted from Preaching Old Testament Narratives written by Benjamin Walton. If you are interested in adopting this book for a college or seminary course, please request a faculty examination copy. We will also consider requests for your blog or media outlets. 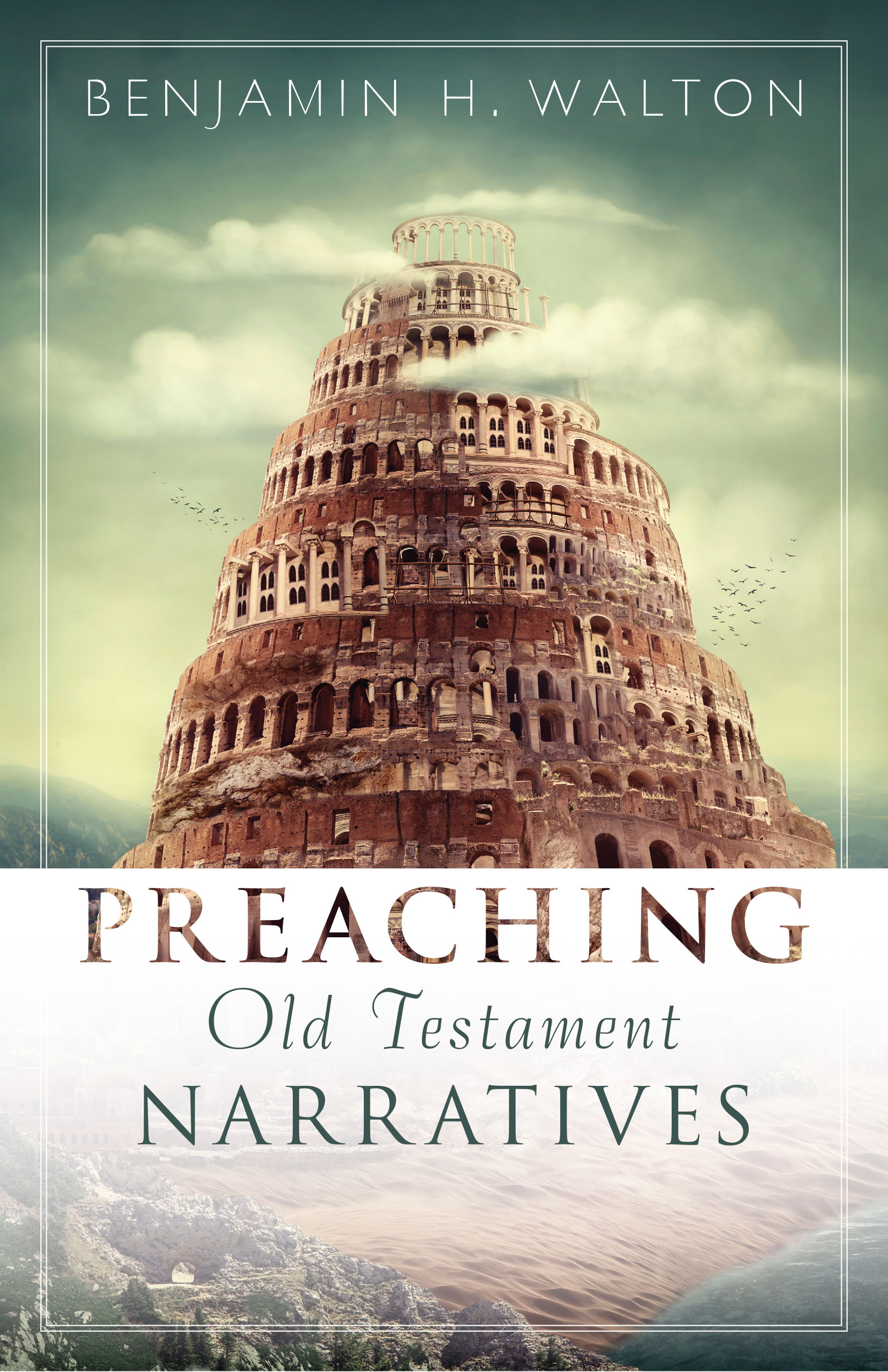 Benjamin Walton provides the practical insight pastors need. In one volume, he demonstrates both the interpretive and homiletical skills necessary to preach Old Testament narratives well. Walton guides the preacher through selecting a text which is a complete unit of thought; describing the scene in a coherent way; determining the theological message of the text; and carefully crafting a meaningful take-home truth. He doesn’t stop with discovering the core message—the majority of the book focuses on delivering the message drawn from these narrative texts.

Walton’s approach is not just theoretical. It has been read and tested anonymously by groups of pastors, and their feedback has been incorporated into the book. This valuable resource will help preachers put all the pieces together, have confidence in what they’re imparting, and maximize their preaching potential for Old Testament narratives.

Benjamin H. Walton (D.Min., Gordon-Conwell Theological Seminary) is president of PreachingWorks, an organization dedicated to helping pastors maximize their preaching potential. A respected homiletician and former pastor, Ben has taught or lectured at several colleges and seminaries. His work centers on the fusion of biblical interpretation and communication for the purpose of excellent preaching.